Today we battled torrential rain like we had never seen before to visit Nanjing, the capital city of Jiangsu province and the second largest city in the east China region.  For the tour, our Chinese teachers had hired a guide for us who was incredibly knowledgeable about ancient and modern Chinese history and politics.  We were visiting Dr. Sun Yat-sen's Mausoleum which is located in Purple Mountain in the east suburb of Nanjing City.  Dr Sun led the revolution against the corrupt rule of the Qing Dynasty and steered the people of China into a new age of freedom and independence.  He is regarded as the father of the Republic of China and so his mausoleum is considered the Holy land of Chinese people both home and abroad.

On arrival at the site, our Chinese teachers kindly purchased us some rather interesting bright, blue, plastic boots to put over our shoes.  I was not sure how much protection they actually offered from the rain and combined with a wet, slippery, wooden walkway covered with fallen leaves, a vertical ascent up the mountain proved a challenge.

Half way up the mountain we were faced with a 392 step climb up to the vault.  Having reached the top safely, we stopped to take a look at the magnificent view of the surrounding area which was beautiful but slightly spoilt by the low rain clouds which limited our visibility.   Walking down the mountain proved even more challenging as by this time, all paths had turned into fast flowing mini rivers.

Once safely down the mountain, having had only a few 'Bambi on ice' moments, we stopped for  lunch,  before heading into the Confucius Temple area of the city situated on the Qin Huai River.  Confucius was a great philosopher and educator of ancient China who emphasised personal and governmental morality, correctness of social relationships, justice and sincerity.  He wrote many great proverbs such as: 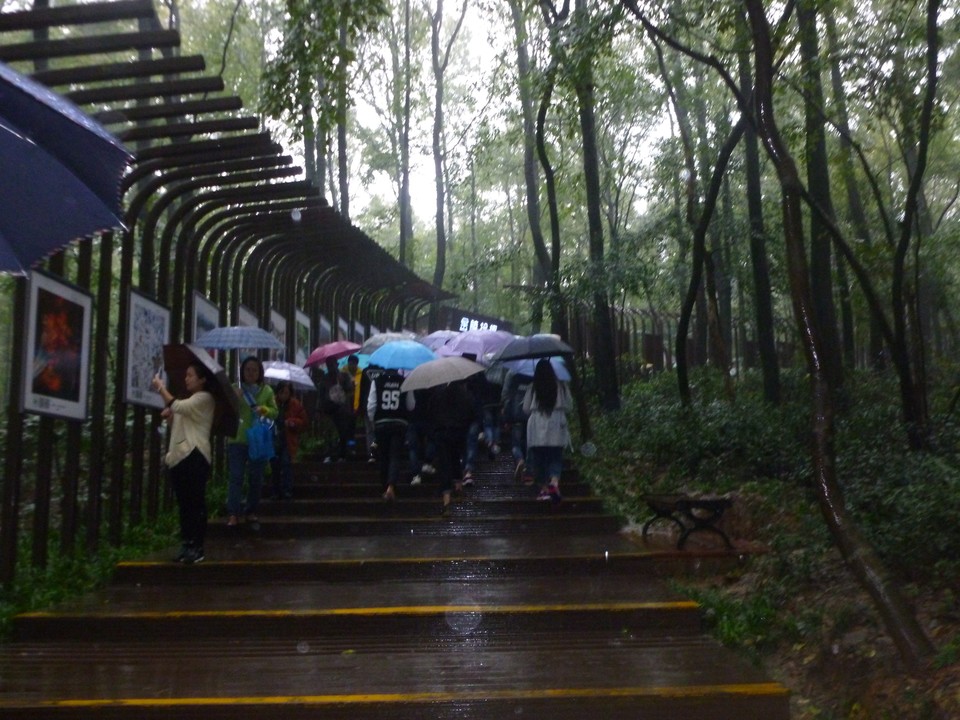 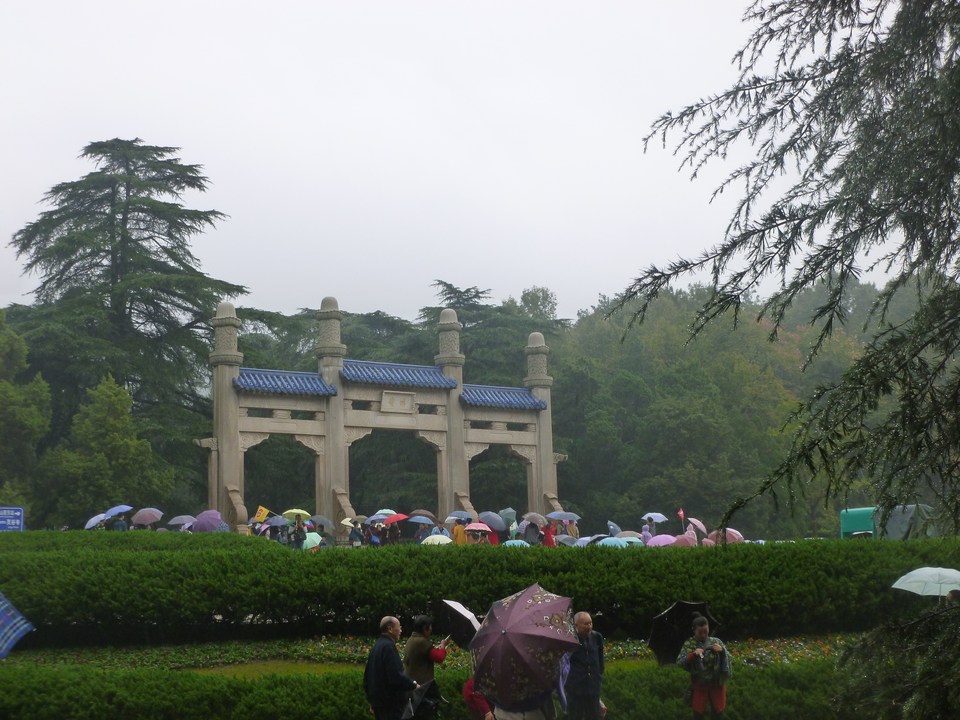 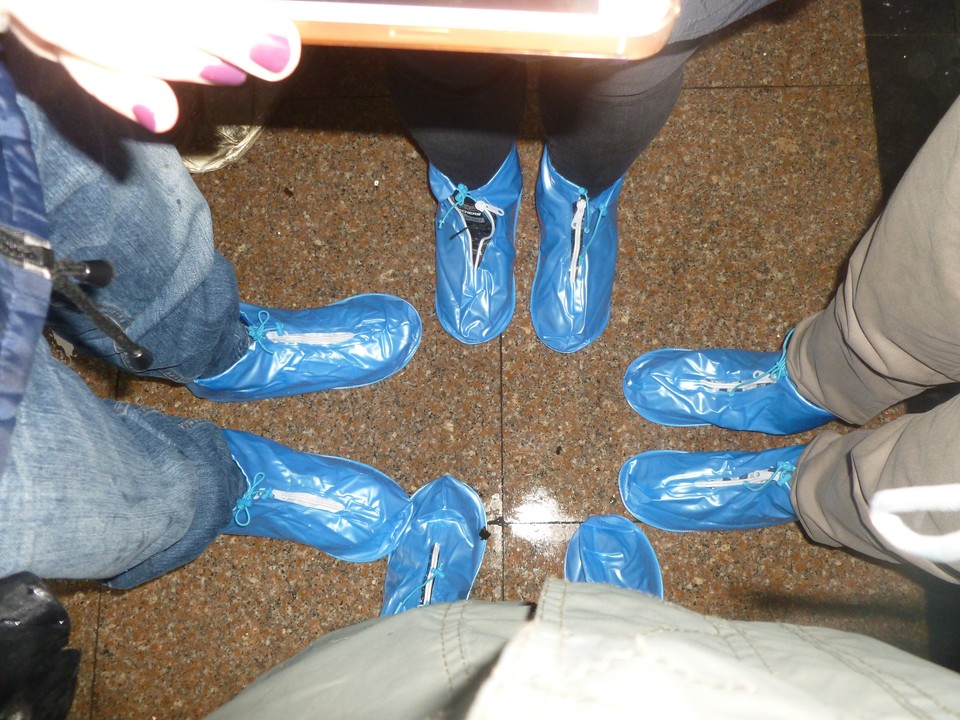 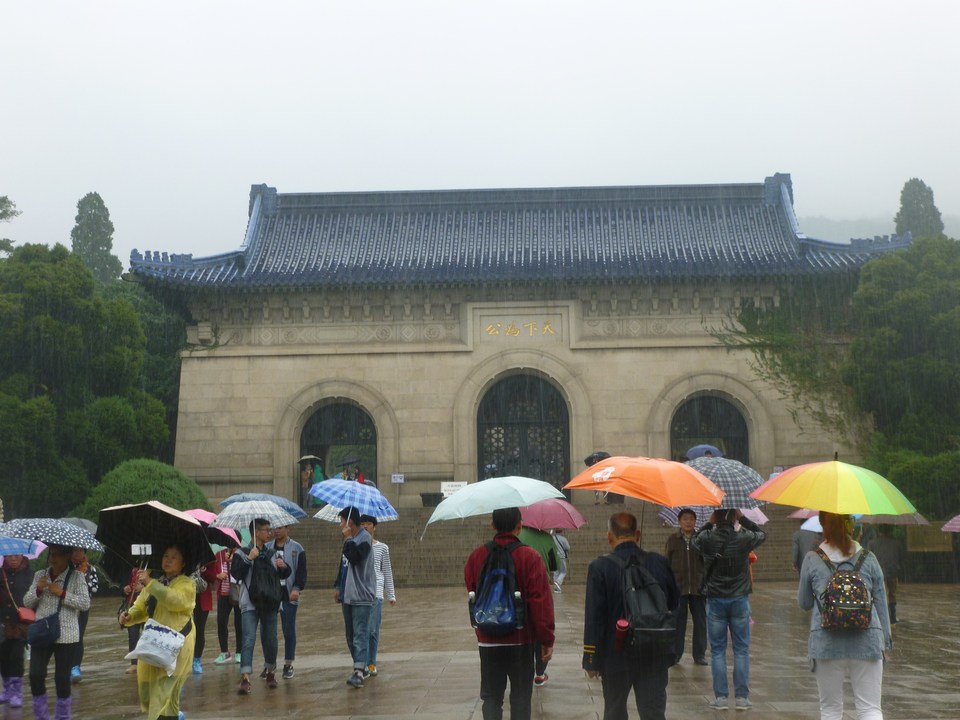 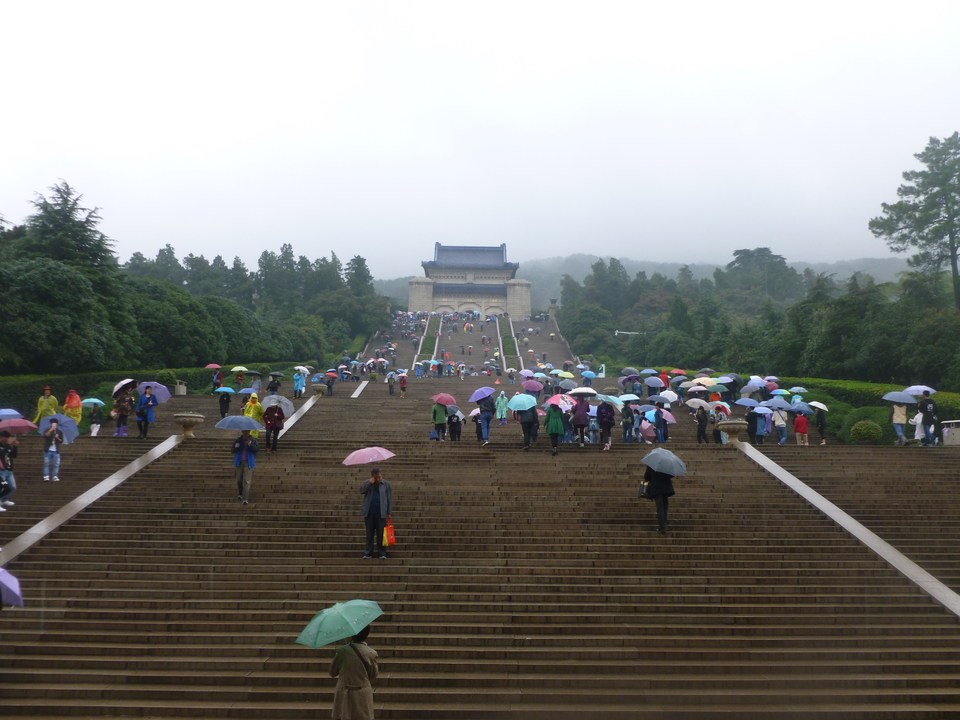 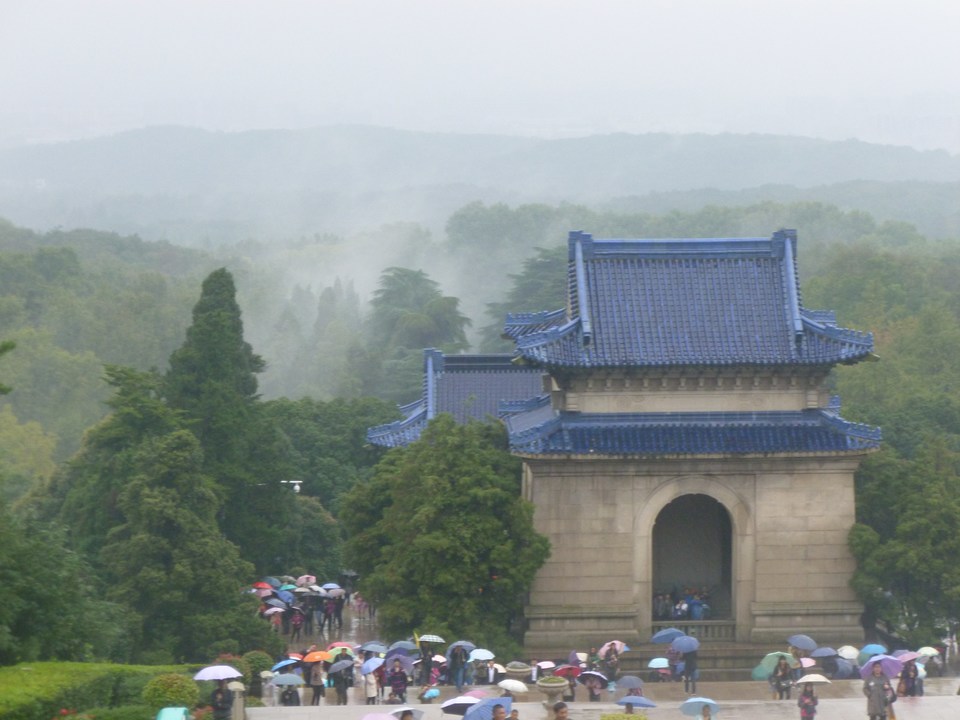 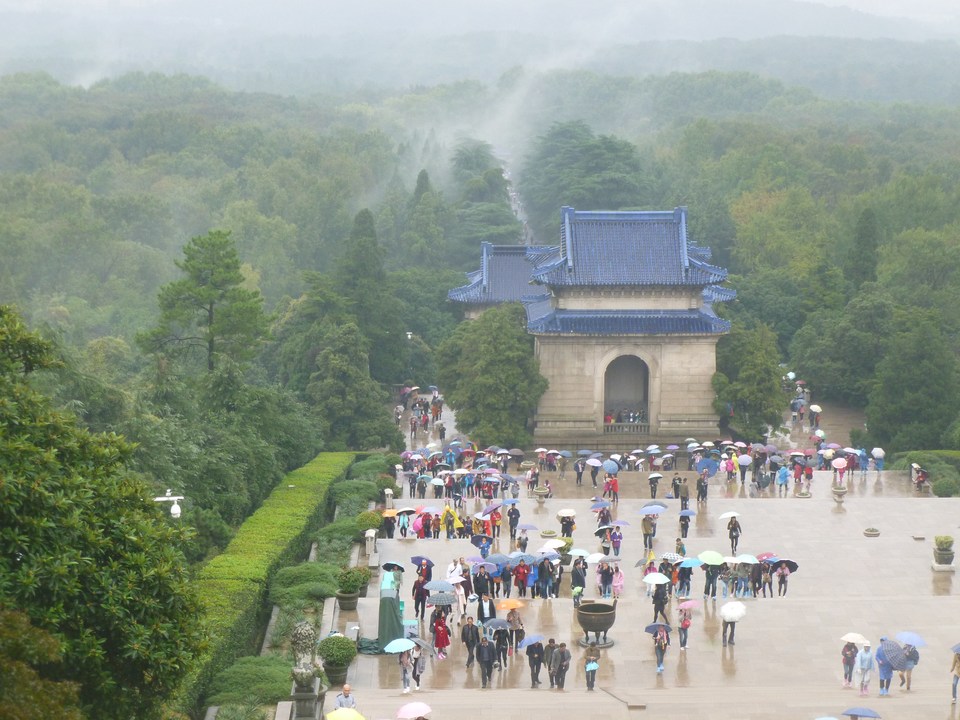 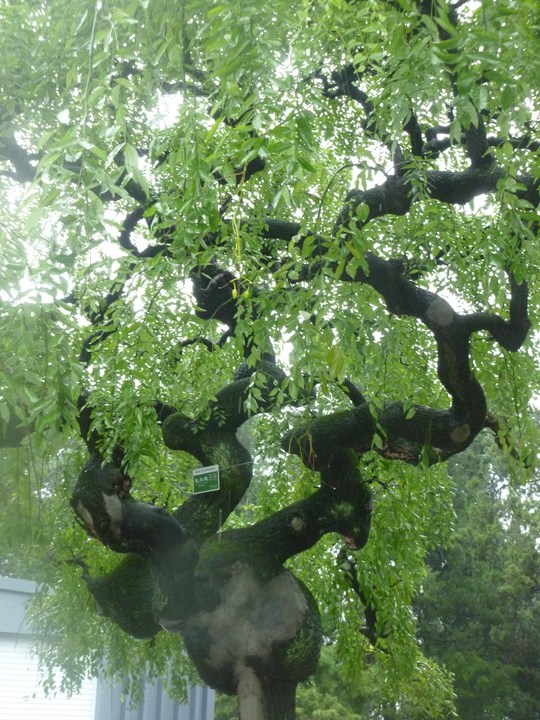 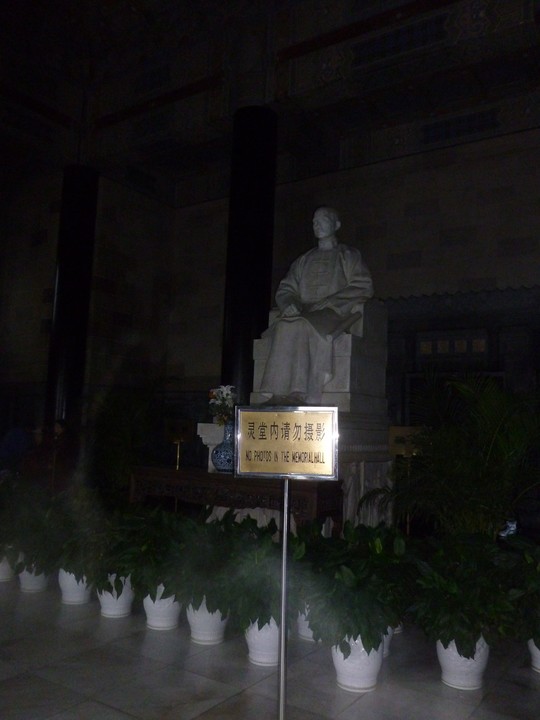 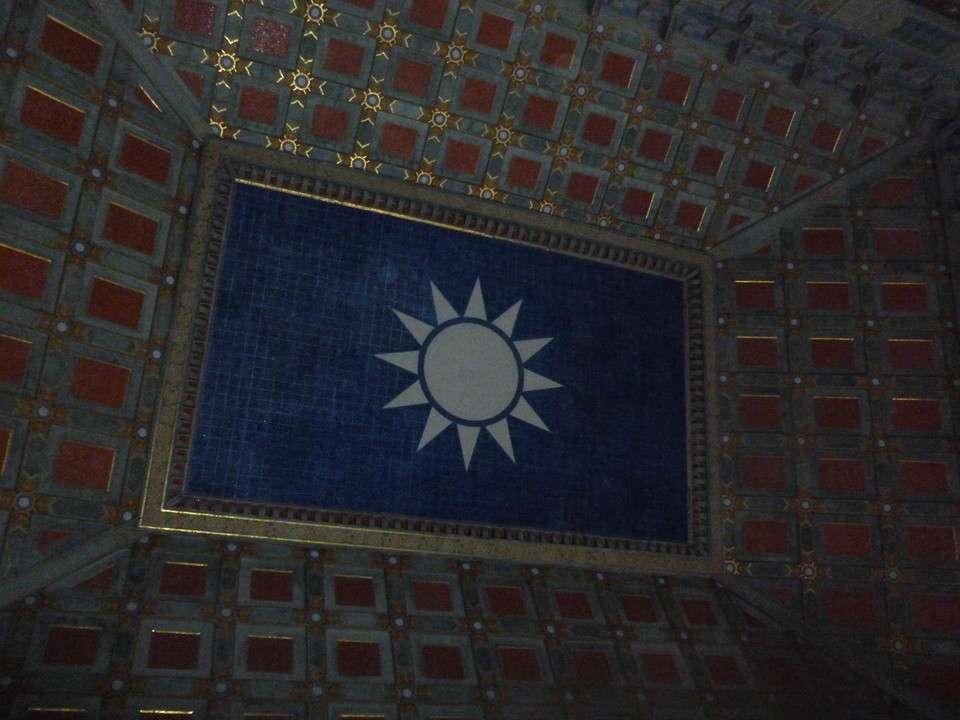 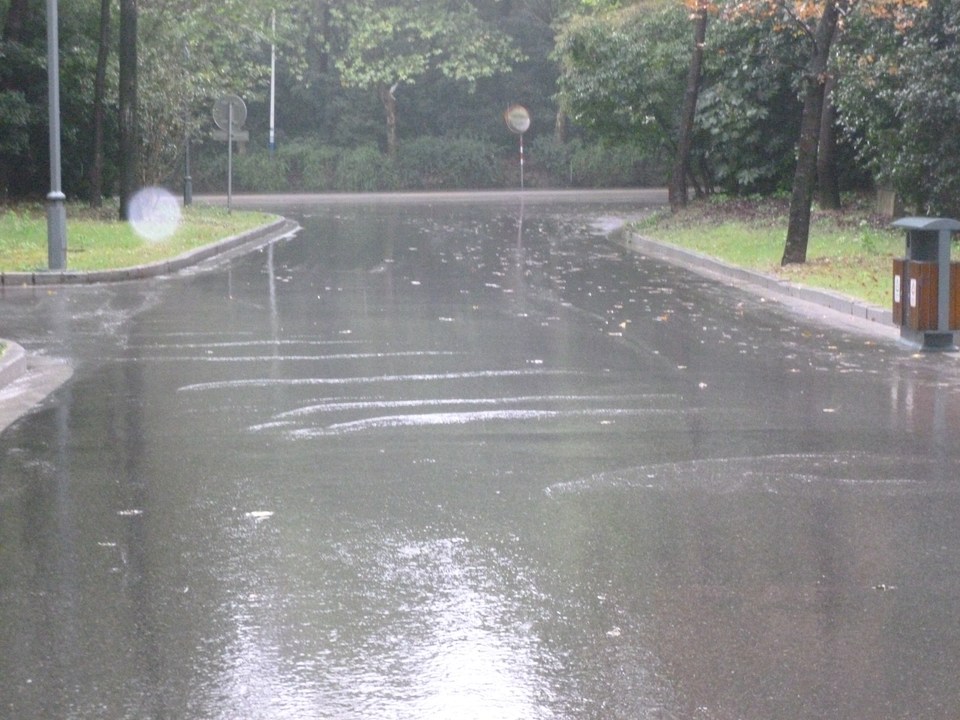 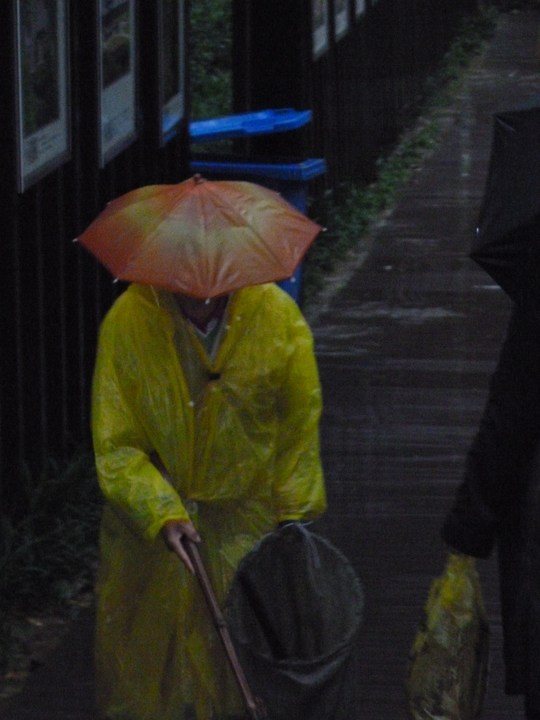 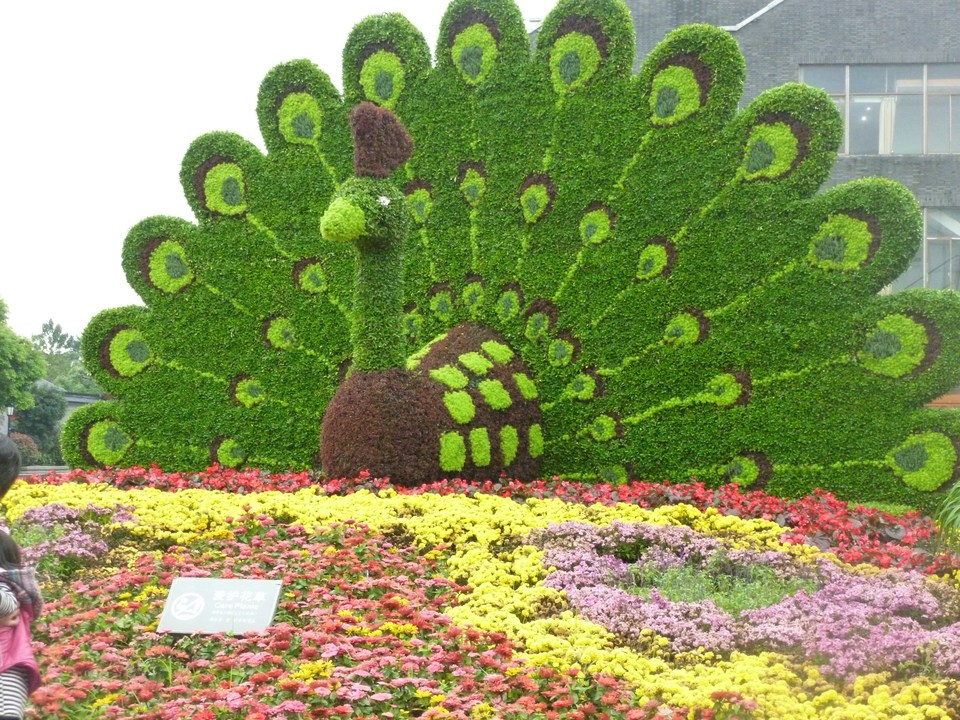 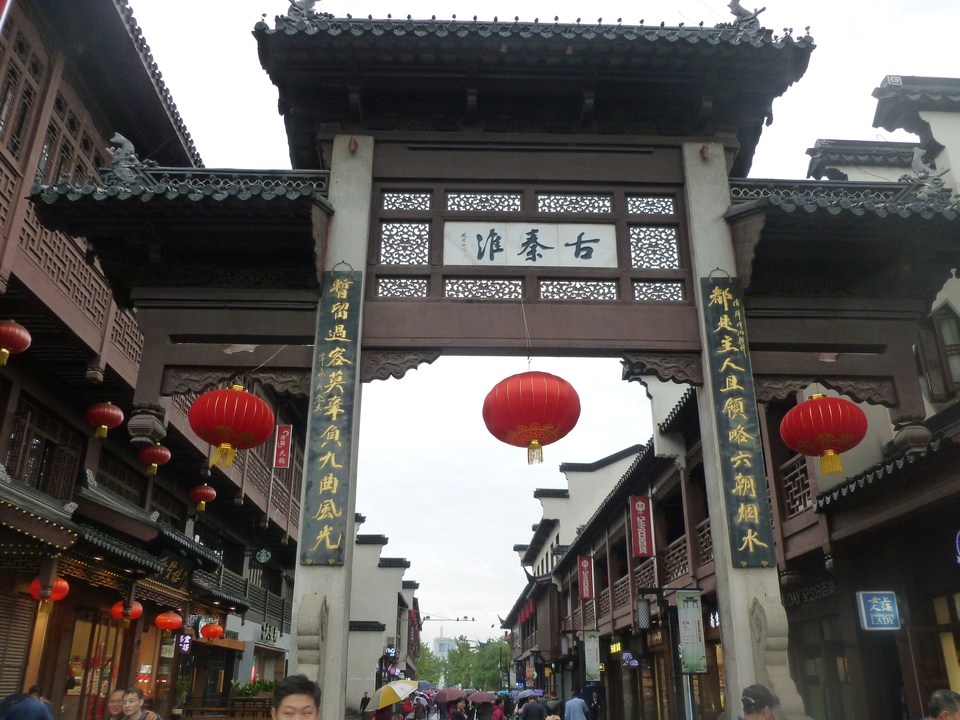 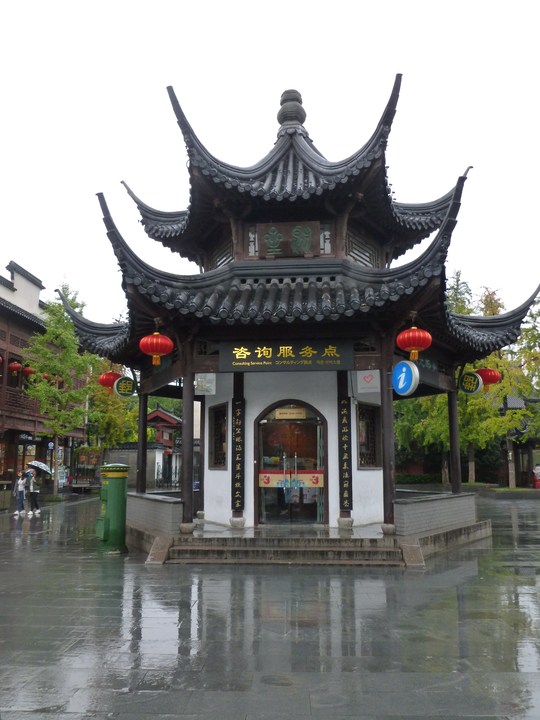 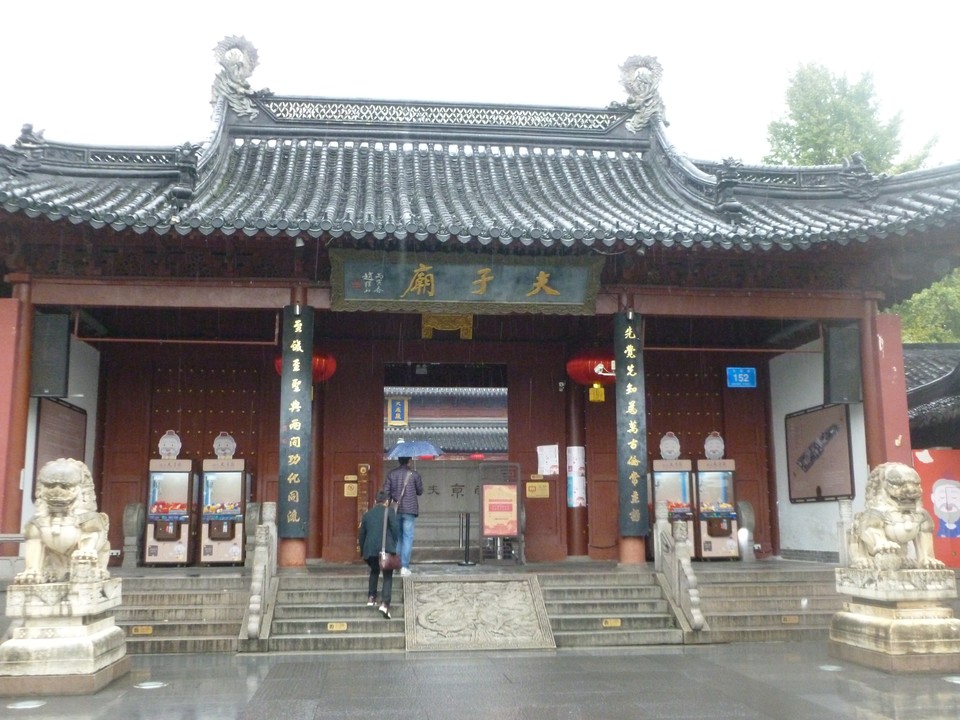 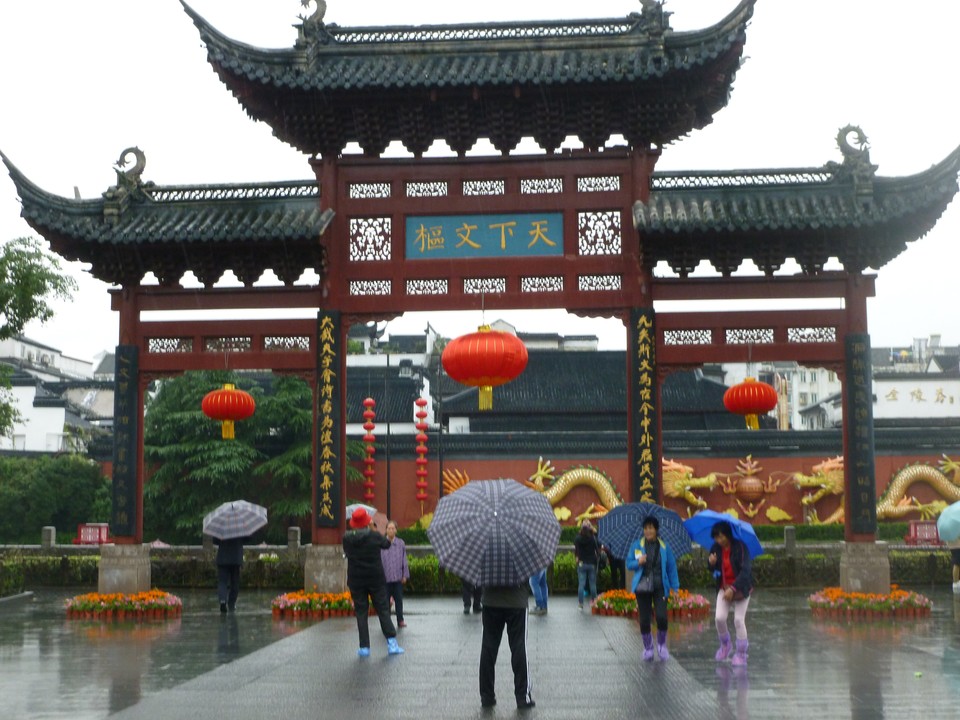 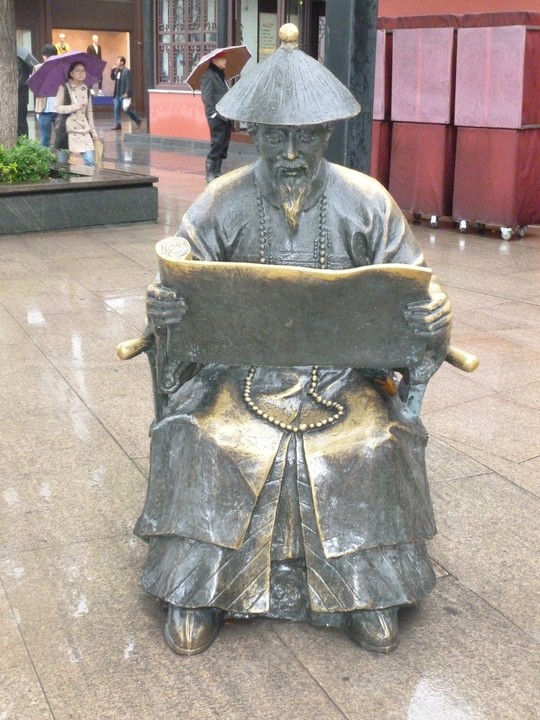 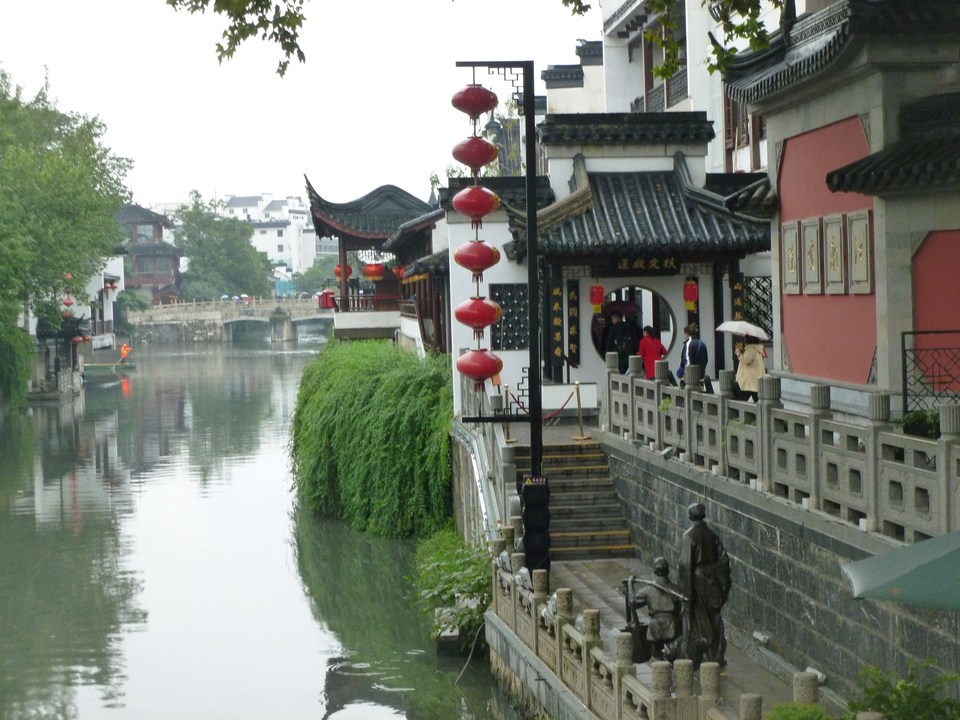